Long ago the city of Mathura was ruled by a demon king Kamsa. All the citizens in his kingdom always lived in fear because he was wicked and cruel in his behavior. He had a noble sister named Devaki who was married to Vasudeva. One day he heard a divine voice in the sky which said, “O Kamsa, the eighth son of your sister Devaki is going to kill you. Kamsa was furious. His eyes blazed with anger. He called for his soldiers and ordered them to capture Devaki and Vasudeva and throw them into a deep dark dungeon. Devaki gave birth to seven sons. The evil Kamsa killed them all one by one. Being chained in the dark prison, Devaki and Vasudeva prayed to God to protect them. Do you know anybody who is most beautiful, most intelligent, most famous, the wealthiest, the strongest and the most renounced? Famous people like film stars, sport stars, industrialists, scientists and politicians can attract millions of fans for few years but they all appear, disappear and forgotten with the passing time like shooting stars. God is one, who is the oldest and yet possesses all six opulences in full FOREVER. The Supreme Lord is called by many names like ‘Krishna’, ‘Christ’ and ‘Allah’. The Greek word ‘krstos’ comes from Sanskrit word ‘Krsta’ or ‘Krishna’ meaning ‘all attractive’. So when we address God as “Christ”, “Krsta” or “Krishna” we indicate the same all-attractive Supreme God. Hearing the sincere prayers of Devaki and Vasudev, 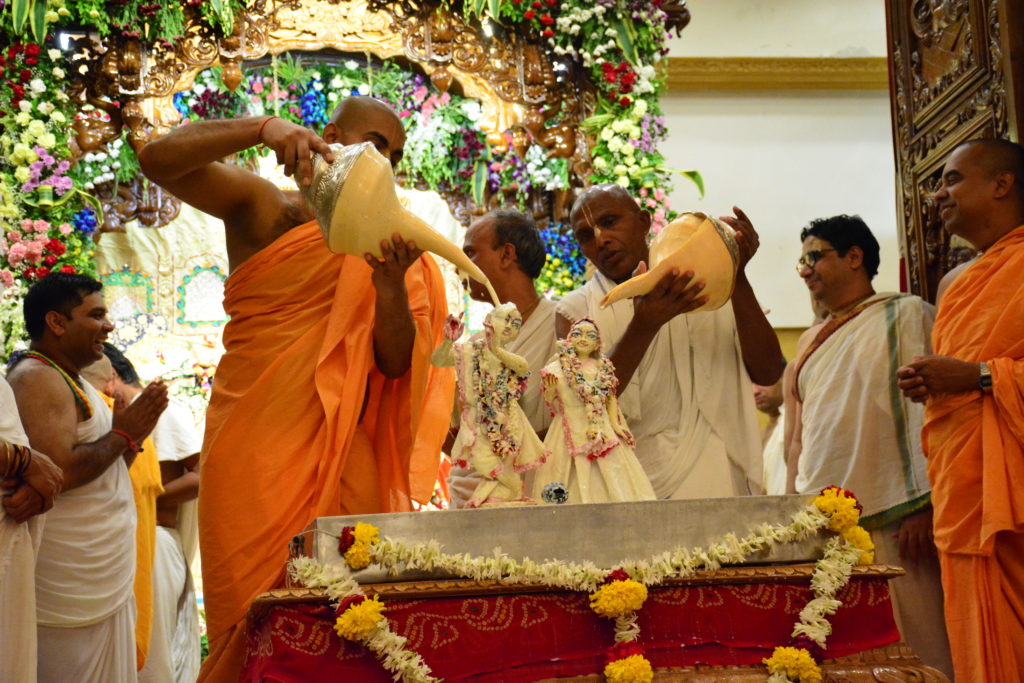 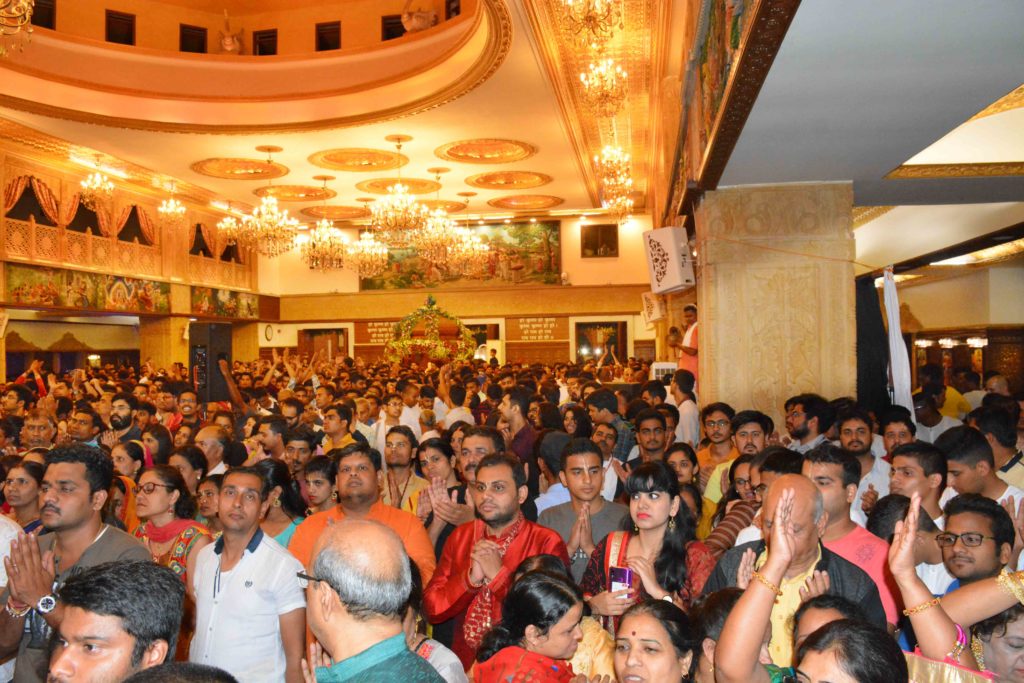 Lord Krishna who is the most beautiful, strong, wealthiest, famous, intelligent and renounced person wanted to protect them. So He decided to come to earth from his spiritual abode as their son. During the birth of Lord Krishna, the whole atmosphere became filled with prosperity and joy. The trees were laden with fruits and flowers. The rivers were overflowing with water, and the lakes were beautifully decorated with lotus flowers. The birds in the forest began to sing with sweet voices, and the peacocks began to dance. The wind blew very pleasantly, carrying the aroma of different flowers. All the people’s minds became filled with peace and joy. The denizens of the heavenly planets began to sing, offer prayers and dance on the auspicious occasion. The heavenly residents being pleased also began to shower flowers. At the seashore there was the sound of mild waves, and above the sea there were clouds in the sky which began to thunder very pleasingly. Amidst such a wonderful atmosphere, Lord Krishna in order to protect his devotees took birth as the eighth child of Devaki and Vasudeva, bringing boundless joy to both of them. The day when Lord Krishna took birth is called as Janmastami. This day falls in the month of August or September. The Janmastami festival is celebrated by millions of people every year all over the world. On this day people take bath early in the morning and wear new clothes. In temples the deities of Krishna are decorated with beautiful clothes, jewels, garlands and flowers.

People visit the temples to see Krishna and sing songs glorifying his activities. They read the teachings of Lord Krishna written in the Scripture called the Bhagavad Gita. They also distribute these Holy Books to everyone. At homes lot of sweets, savories and festival meals are prepared with love and then offered to Lord Krishna. These foods are then shared and relished by one and all. People visit their friends and relatives’ homes and exchange sweets and good wishes. On this glorious day all people chant the names of Krishna for bringing peace and happiness to everyone