This festival celebrates the appearance of Chaitanya Mahaprabhu. It is observed annually (in February – March) by Krishna devotees all over the world—especially in the area of Mayapur, India, the place where Mahaprabhu appeared in the year 1486.Chaitanya Mahaprabhu is the Supreme Person, Krishna Himself, appearing as His own devotee, to teach us that we can gain full enlightenment simply by chanting the holy names of the Lord: Hare Krishna, Hare Krishna, Krishna Krishna, Hare Hare/ Hare Rama, Hare Rama, Rama Rama, Hare Hare Those who witnessed Mahaprabhu’s pastimes saw Him dance and chant with ecstatic love for God, the likes of which had never been seen before. He encouraged everyone to follow this same process. He taught that anyone—regardless of background or spiritual qualification—could develop their innate love of God and experience great spiritual pleasure by chanting the Hare Krishna mantra. The present-day International Society for Krishna Consciousness continues the work begun by Lord Chaitanya, who predicted that the chanting of the holy names of Krishna would spread all over the world. Gaura Purnima means “golden full moon,” signifying that: 1) Lord Chaitanya was “born” during a full moon, and 2) The Lord blesses everyone with the soothing, moonlike rays of His sublime teachings. His followers generally observe this festival by fasting and chanting the holy names all day. At moonrise, a vegetarian feast is offered to the Lord and then enjoyed by all. 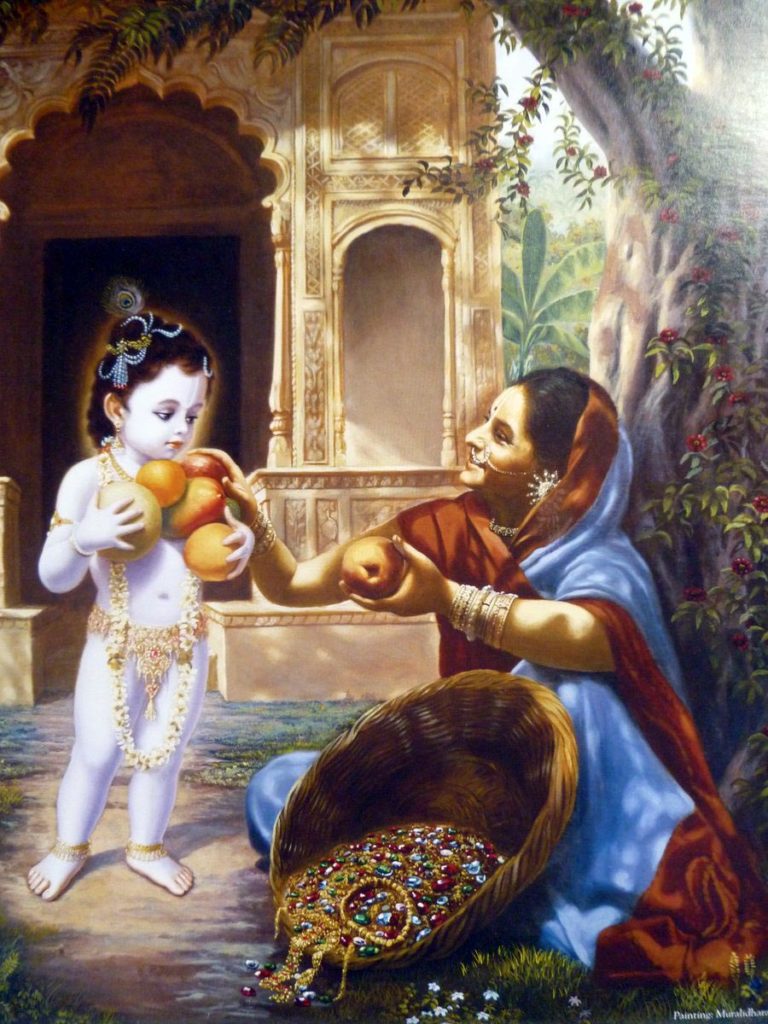