Chandan-yatra is a twenty-one day festival observed in temples—especially in India—during the summer season. During Chandana-yatra, devotees anoint the Deities of the Lord with cooling sandalwood paste. Akshaya Tritiya, according to the Vedic calendar, is a day considered to be conducive to success in any significant endeavor. Traditionally, those aware of Akshaya Tritiya’s benefits schedule major life events—marriages, initiations, business ventures, establishing a new place of residence—on this day. Chandan yatra starts on the third lunar day of the waxing moon of Vaisakha month, and continues for twenty days. Lord Jagannatha gave direct instructions to King Indradyumna to perform this festival at this time. Smearing the body of the Lord with ointments is an act of devotion, and the best of ointments is sandalwood paste. Since the month of Vaisakha is very hot in India, the cooling effect of the sandalwood is very pleasing to the body of the Lord. Sandalwood paste is applied all over the body of Jagannatha leaving only his two eyes visible. The utsava murtis (functional Deities – Vijay utsav) are taken on procession and are placed in a boat in the temple pond. To commemorate this festival, Lord Chaitanya also carried out water sports with his devotees. On the day of Akshaya Tritiya in Vrindavan, all large Goswami Temple Deities are covered with Chandan Paste and not a bit of cloth used to cover the deities in the afternoon. The festival is also celebrated in our ISKCON Vrindavan temple and it usually continues for 21 days with the Utsava Vigrahas covered in Chandan. The Deities are covered completely with Chandan(sandalwood paste), which provides the Lord relief from the scorching heat of summer in the month of Vaisakha/Jyestha (May/June). 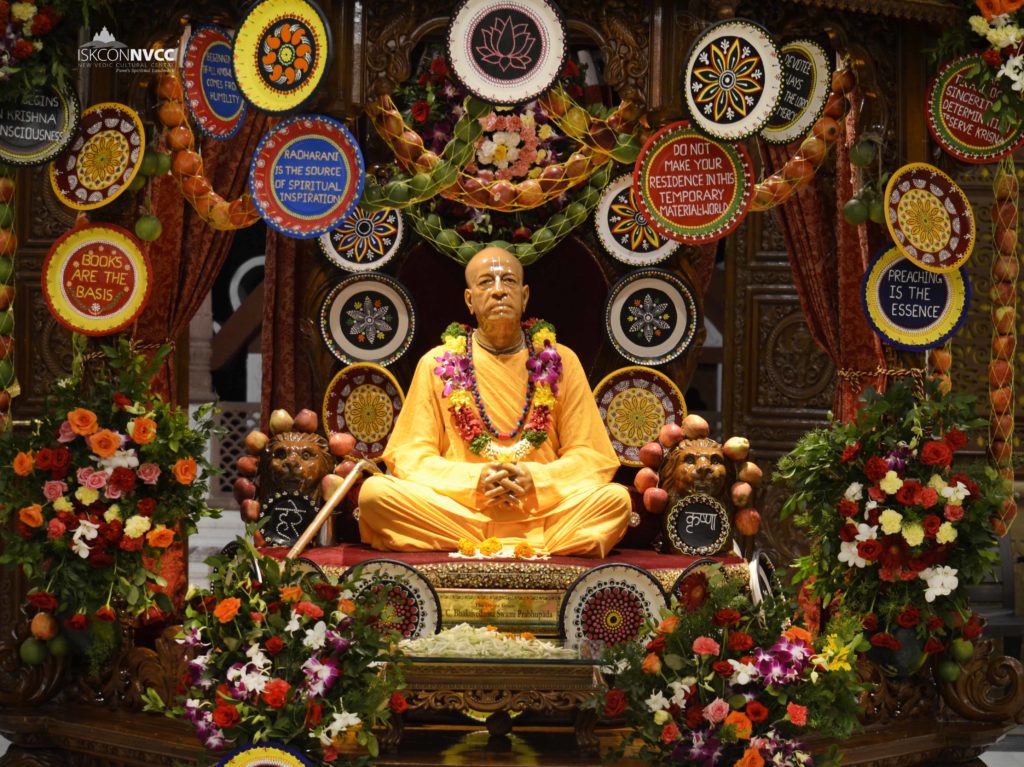